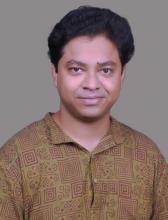 The field of quantitative biology is an emerging interdisciplinary field that attempts to unravel the physical forces and mechanisms that underlie various biological systems. The research in my group focuses on utilising the tools of statistical mechanics, nonlinear dynamics and condensed matter physics to address questions in the physics of biological systems, using a combination of analytical and simulation techniques. The major focus areas of research are:

I am generally interested in problems where one can use equilibrium and non-equlibirum statistical mechanics to study biological systems. I also maintain an interest in purely physics problems - particularly in Active matter physics, and the physics of polymer systems.